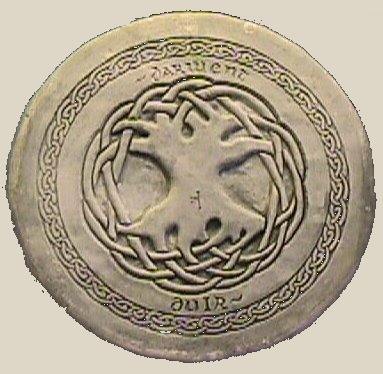 The word Shaman is said to have come from the Tunguso-Manchurian word "Saman" meaning "one who knows".  It was also told to me that it means "She-Man", one who was in touch with both the masculine (linear) and feminine (intuitive) aspects of his persona.  It is one of the oldest healing modalities, dating back 40,000 years.

Many Shamans were known as "seers" or "medicine men"** who sometimes lived reclusively from the rest of the tribe.  He is said to have lived in both the physical and spiritual.  He would "journey" between both worlds and bring back information.  The tribal members depended upon this information for their survival.  If he saw little rain for the coming year, they would have to see to it that enough food was stored to get them though the coming dry spells.  It has been said that some tribes would banish a shaman for giving the wrong information.

At one time, most tribes had both a shaman and a medicine man.  The shaman was relied on for divination, the medicine man for healing with the use of herbs, etc.  As time went on, a crossover occurred and the dividing line became less distinct.  Today, the terms are, for the most part, interchangeable. However, there are many Native American shamans who prefer to be known as medicine men.

The Native American worshipped God or Great Spirit by honoring His creations, upon whom his survival depended.  This belief system is earth, nature oriented in scope with every creation, including humans, having their place in the endless circle or sacred hoop of life.

Since childhood I have had a strong connection to the earth and its inhabitants. When the wind blew in my face, it whispered and spoke to me of a time and place long forgotten and yet something I had a knowing of that dated back to the time of the ancients. This knowing reconnected me to the present and to my studies with Native American medicine men and women from various tribal affiliations. I have the ability to utilize this knowledge to help bring about balance with animals and/or people on all four levels, physical, mental, emotional and spiritual.  There is a further explanation in the Energy Healing link in this website.

**Many women were and are shamans and/or medicine women as well.  I am using the term "medicine men" to simplify the explanation.